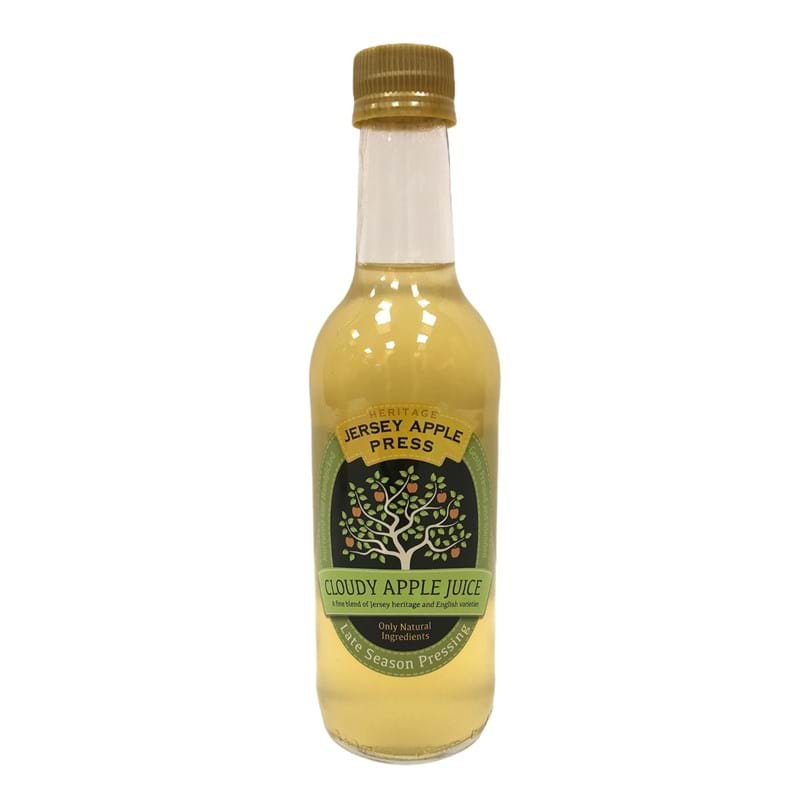 Hans van Oordt is a garden designer by profession and moved to Jersey 16 years ago. Over the years he has planned orchards for numerous client properties. About four years ago, he became aware that there were very few orchards with traditional Jersey apple varieties. In view of the fact that Jersey was once famed for its apples, this seemed to him to be an unfortunate state of affairs. It seemed to him that it would be a shame if the Island lost these ancient varieties, many of which are unique to Jersey. Fortunately, his interest in Jersey apple varieties coincided with the growth in the popularity of small-scale craft cider making. So three years ago, he started propagating some of the old Jersey apple varieties and selling them. He makes three types of pressed apple juice. An Early Season Pressing, a Mid Season Pressing and a Late Season Pressing. They are all different in taste and colour. One of the joys of apples is their variety. As the season unfolds, different apple varieties strike different notes of sweetness, acidity, flavour and aroma.

74cl
Minus 1 Add
View all products