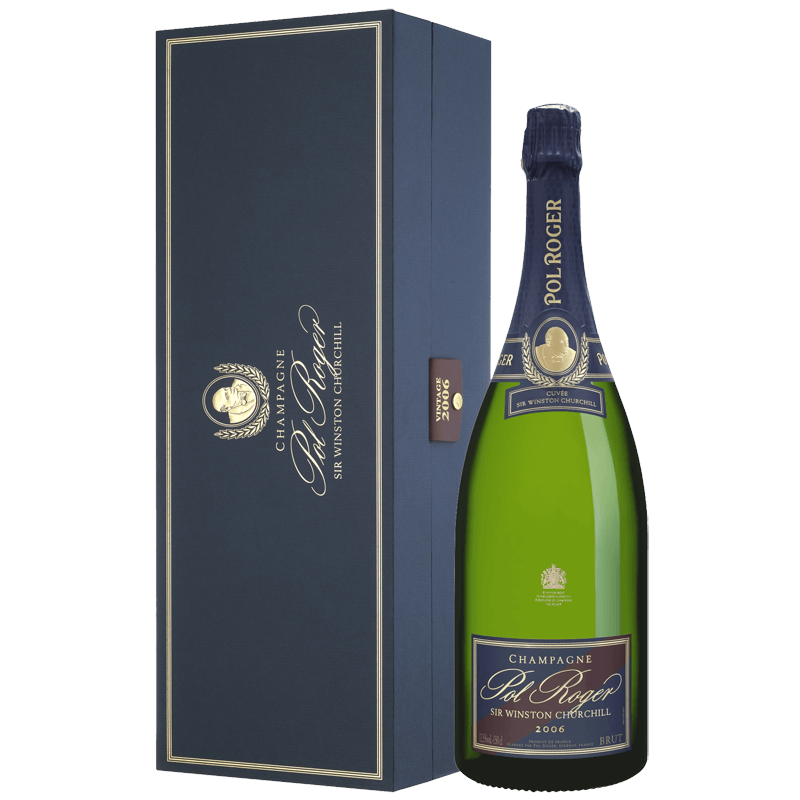 Sir Winston Churchill was Pol Roger's most illustrious devotee and customer. This Champagne is made in his honour. Churchill's relationship with Pol Roger dates back to 1945, although he had been a loyal customer as far back as 1908. At a luncheon given by the British ambassador to France after the liberation of Paris, Churchill met the charming and captivating Odette Pol-Roger and began a friendship, indulged by his wife Clementine, which lasted until Sir Winston's death in 1965. Each year on his birthday, Odette would send him a case of vintage champagne.

In honour of his friendship, Churchill named one of his favourite racehorses after her, and made sure that she was invited to lunch at the British embassy every time he was in Paris. Despite never actually visiting 44 Avenue de Champagne, Churchill proclaimed it "the most drinkable address in the world". So close was his relationship with the family that, on Churchill's death, Pol Roger put black-bordered labels on the bottles destined for the UK. In 1975, Pol Roger went one step further and named their prestige cuvée after him, making it in the robust, mature style that he liked so much.

The grapes are all from Grand Cru vineyards which were under vine during Churchill's lifetime and it is only made in the very best vintages. It is made in a style which Churchill himself favoured: robust, mature and long-lived.

The latest vintage, 2006, is the sixteenth of this great cuvée and is released only after 10 years of cellaring.

Robert Parker 95 points - Drink Date 2018 - 2041 - "Made in the very best vintages, Pol Roger's white-golden colored 2006 Cuvée Sir Winston Churchill offers a very clear, precise, ripe and complex bouquet with fruity and refreshingly chalky, nutty and brioche notes. Full-bodied and complex on the palate, the 2006 is supple, round and rich but also fine, elegant, fresh and well structured. It has a harmonious yet tight, persistent and very promising finish that puts this silky textured, Pinot-dominated cuvée (the exact blend is a closely guarded family secret) on the border of fatty richness. But the mousse gives so much freshness and finesse that everything seems lifted here. Though I have very limited experience with matured Champagnes from Pol Roger and namely Churchill, I suppose the 2006 will benefit a lot from further bottle aging. But don't get me wrong: the wine is already gorgeous. Tasted June 2018, disgorged in June 2017."