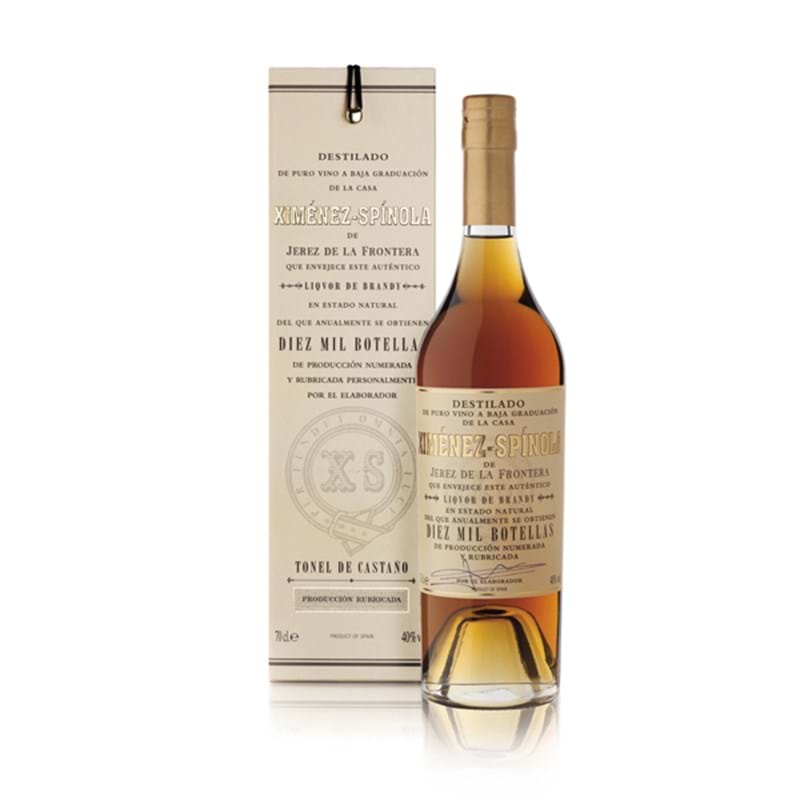 "Made the old way distilling Pedro Ximénez is not easy. Extracting the nuances of its aromas and making them remain in a Castaño barrel, it seems atypical. However, the most difficult thing is to make the silkiness of the toasts and the memory of the raisins integrate with the alcohol. Here is the result. José Antonio Zarzana." - Winegrower

Production
Distilled from the wines of our House, which is part of the first phase of the aging process of the rest of the brandies we make. Once they are distilled from Pedro Ximénez, the extracted alcohols are aged in 750-liter capacity Castaño wooden casks, which have been previously wrapped with our Pedro Ximénez raisin wine.

The Chestnut was the basic wood of the cooperage in Jerez, before 1939, date in which the deforestation caused by the civil war, forced to replace it by the American Oak. This distillate remains at least 12 years in Castaño barrels, before being bottled. In other words, we are facing the most similar distillate possible to the Brandy that was drunk in Spain until the middle of the 20th century. Honestly, no one does, today, any similar elaboration.

The particularity of Chestnut is that it is a wood that does not provide excessive astringent notes. Its flavors and aromas are basically oxidation, being so respectful of the original product, that it even helps the aromatic and gustatory memory of the Pedro Ximénez grape itself survive.

VISUAL: Distillate of amber color, clean, bright and particularly pale, without edges thanks to the neutrality of Chestnut. Its not excessively intense color contrasts with its aging of 12 years and is proof that the wood has been extremely respectful with all phases of the tasting, including the visual.

OLFATIVE: In nose is intense but not heavy, with aromas reminiscent of raisin and plum, typical of the winemaking of our Pedro Ximénez barrels as they age. The persistence of the aroma does not come from the wood and is basically due to oxidation, being an elegant fragrance and not aggressive in intensity.

TASTE: In the mouth it maintains a serene balance, allowing to appreciate the quality of the original aged wine distillate. Subtle aftertaste of natural sweetness that helps to smooth the alcoholic edges, until they are almost imperceptible. It maintains intense touches of an enveloping wood that does not add bitterness and makes it especially pleasant on the palate. Invites you to continue drinking as it does not burn your throat despite its 40º of alcohol.

“Out of respect for the freedom of all wine lovers and not to condition his personal creativity, XIMÉNEZ-SPÍNOLA has as a rule not to recommend pairing with any of its preparations ”