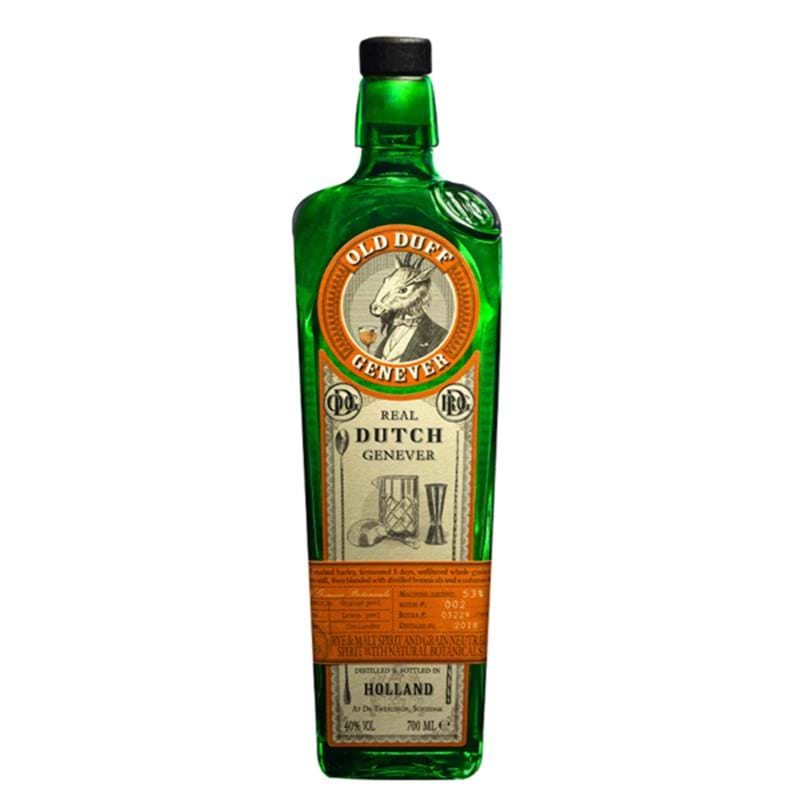 Produced entirely in Holland, Old Duff is the closest it gets to the genevers of the Golden Age of Cocktails in the 1860s.

Crucially, every element of the production of Old Duff Genever occurs in Holland, at Distillery De Tweelingh in Schiedam, the capital of genever. The Herman Jansen family here have been producing genever since 1777. The maltwine used to produce Old Duff Genever consists of two-thirds rye and one-third malted barley that has been fermented for five days. The unfiltered whole-grain mash is then distilled three times in a pot still. The resulting pot-still spirit, named maltwine, is blended with a column-still wheat spirit and minute hints of six botanicals: juniper, orange and lemon peels, coriander, star anise and liquorice.

HOW TO ENJOY: As the bar equipment on the label attests to, Old Duff Genever is the quintessential genever for cocktails both modern and classic – and boilermakers too.