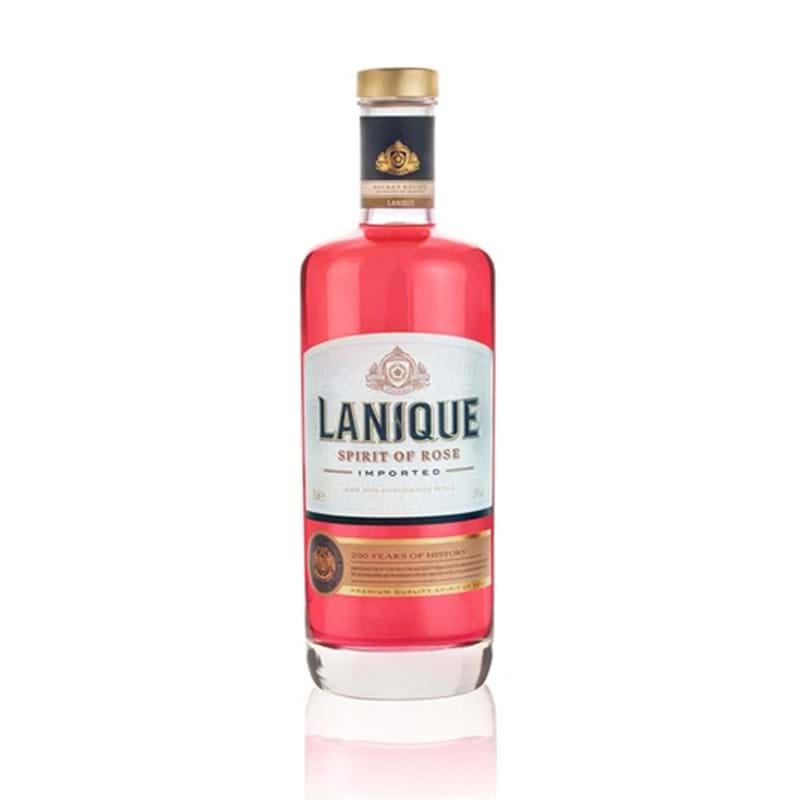 Over 200 years ago across the Kingdom of Prussia, the two Sicilies and the Austrian empire, a drink was cherished and imbibed by the wealthy and titled elite at their celebrations and grand balls. The drink had a unique flavour and colour and was completely natural. It’s ingredients were sourced from exotic locations and included the coveted Attar of Rose from the East that gave it its unique nose and taste. The drink remained a firm favourite all the way through to the roaring 1920s, but disappeared with the Second World War and the rise of Communism. Following the fall of Communism and the reopening of Eastern Europe, curators began to unravel the fascinating history of this exclusive drink. After years of work by dedicated artisans the long lost recipe was reborn and Lanique was relaunched.
Lanique is a liqueur spirit, made with Attar of rose which is created by steam distilling thousands of rose petals. The base of Lanique is a spirit grain.