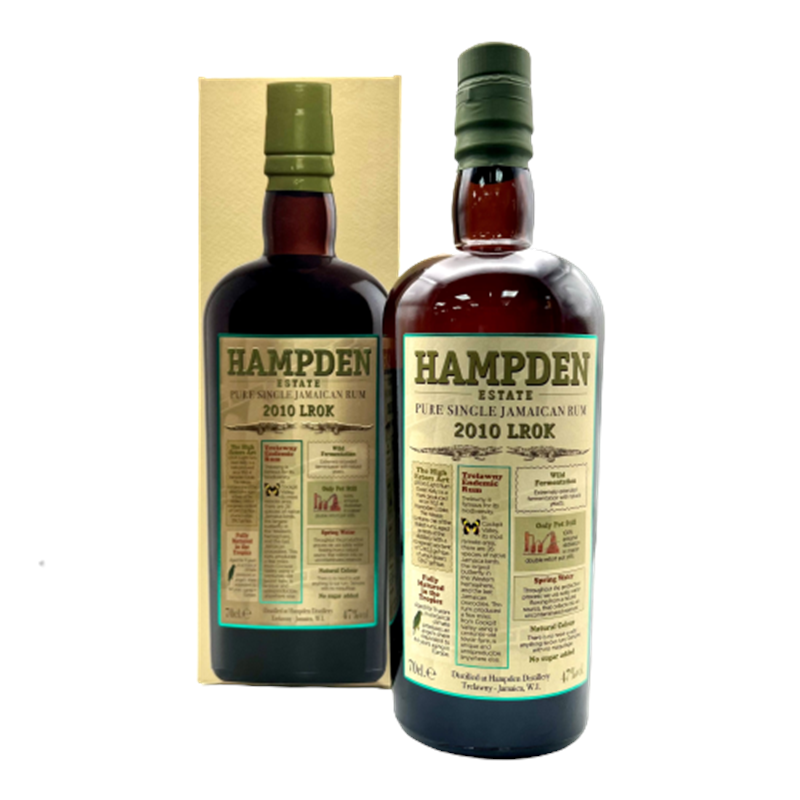 This bottling is made from a single recipe, their “LROK” marque. This refers to rums with an ester content between 350-450 gr/hlpa, labeled "Light Rum Owen Kelly", or LROK as a shortened designation. It should be noted that this is a light rum only by Hampden Estate's standards, with an ester count far above most other rums on the market. This also represents the oldest rum yet released to be aged entirely on premise in Jamaica, at 11 years.

The nose immediately shows the extra couple years on display here compared to previous releases, with spice and anise sitting next to the familiar Hampden notes of dried bananas and mangoes, pineapple candy, and damp earth. The palate continues the trend of exotic fruits, alongside mint, camphor, vanilla, and cinnamon. The finish takes a moment to get started but then goes long with licorice, dry oak, bright and slightly bitter orange zest, and Christmas rum cake.