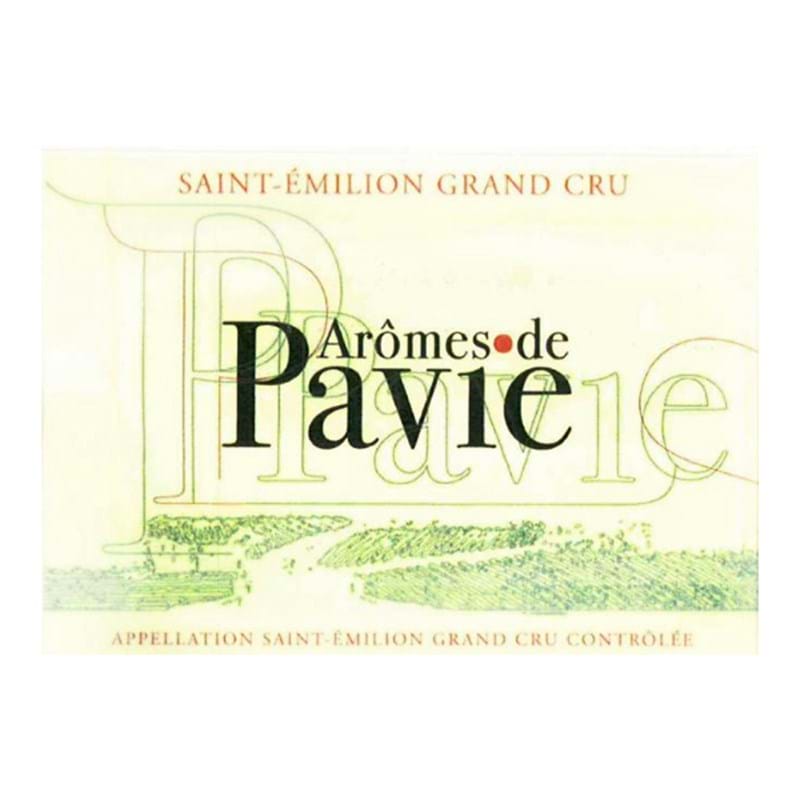 The slopes of Chateau Pavie and Ausone were first planted by the ancient Romans in the fourth century. However, Chateau Pavie did not become famous as a vineyard until almost two thousand years later.

Chateau Pavie was definitely famous by the mid 19th century. At the time, the Robert Parker of the day was the Bordeaux bible published by Cocks and Feret’s “Bordeaux et ses vins.” In 1850, the first edition was already high on the wines from Pavie as they named it one of the First classed Growths in Saint Emilion.

A portion of Chateau Pavie was sold off in 1885, interestingly, (the same year that the famous, classification of the Medoc took place), to the well-known, Bordeaux negociant Ferdinand Bouffard.

It was Bouffard’s desire to increase the size of the vineyards. In time he managed to put together a 50-hectare vineyard with an annual production that ranged from 12,500 to 15,000 cases per year. That made Chateau Pavie one of the largest estates in the Right Bank!

By the late 1800s, Chateau Pavie and Pavie Decesse were fully separate estates. Close to the same time, the Macquin family was also busy purchasing parcels of vineyards in the same region too. Those purchases led to the creation of Chateau Pavie Macquin.

Jumping ahead to the next century and the start of the First World War, Ferdinand Bouffard sold Chateau Pavie to Albert Porte who eventually sold the vineyard to the Valette family. The Valette family was were well-known Bordeaux negociants from Paris.

If the Valette name sounds familiar, that’s because Christine Valette was the popular owner of Chateau Troplong Mondot. Chateau Pavie was classified as Premier Grand Cru Classe “B” while under the Valette family’s management in 1954. That changed in 2012 with the new Classification of St. Emilion when Chateau Pavie was elevated to Premier Grand Cru Classe A!

In 1998, Gerard Perse, who already owned Chateau Monbousquet purchased Chateau Pavie from the Valette family for $31,000,000. Chateau Pavie experienced a rebirth thanks to the drive and the spare no expense attitude of Gerard Perse and Chantal Perse. At the time of the purchase, the vineyards were in poor shape.

Pavie required extensive replanting to reach the proper level of vine density. There were also parcels that needed cultivation. At least 25% of the vineyard demanded extensive work.

According to Gerard Perse, a lot has changed over the decade and he wanted to keep up with the times. Most owners are happy with their cellars for decades.

Some cellars are still fine, 30, 40 or 50 years later. Gerard Perse is the only owner that was already state of the art who tore it all apart to be the most modern wine-making facility in all of Bordeaux!

The complete renovation was finished in time for the grand opening that was held, June, 2013, just before Vinexpo.

With his background in construction, Gerard Perse was able to complete the renovation in a record time of only 24 months. The chateau is considered by some to be as controversial as the wine of Chateau Pavie, due to its flashy, attention-grabbing, marble-laden reception area for guests. The new chateau was designed by the noted architect Alberto Pinto.

While large by St. Emilion standards, the front of the chateau is in many ways, traditional. The estimated cost of the renovations is close to a minimum of 15 million Euros.

The 42 hectare St. Emilion vineyard of Chateau Pavie is planted to 50% Merlot, 30% Cabernet Franc and 20% Cabernet Sauvignon. This represents a change in the vineyard with less Merlot and more Cabernet Franc. In addition to replanting, trellis wires throughout the vineyard were raised in order to increase the vines’ foliage.

In total, the vineyard has 37 hectares under the vine. The vineyard is one large block. That alone is almost unique in Saint Emilion, but more important to the character of the wine, here you find various different terroirs. Each has its own micro-climate.

You can divide the soils like this. You have 21 separate parcels that start on the top of the plateau which is where you find deep, limestone soils with clay. At the peak elevation, which is 110 meters, there is more deep, rich, clay in the subsoil.

From there, as you move from the peak and travel further down the slopes, you have more limestone with some clay. At the bottom of the hill, you find sand, clay, and gravel soil. Perhaps the best terroir of the vineyard is located at the peak, just behind the chateau. The vines are old, averaging close to 50 years of age.

The vineyard is well placed, directly southeast of the village. You find Chateau Larcis Ducasse to the east and La Gaffeliere to the west. Another factor making their terroir unique is, not only are they the highest elevation in Saint Emilion, but the slopes jump quickly from 20 meters to 110 meters, which naturally helps with better drainage.

At Pavie, the terroir does not promote early ripening. In fact, Chateau Pavie is often one of the last Saint Emilion estates to finish harvesting. Pavie is also the largest of all the Premier Cru Classe A vineyards at 42 hectares.

There is a second wine, Aromes de Pavie. However starting in 2018, Aromes de Pavie began only using fruit from a specific 11-hectare parcel of vines located on the east side of their plateau. The wines are also produced in their own cellar. Today, it can be viewed on its own, as a distinct brand.

JANCIS ROBINSON 16.5 points - Drink: 2026 - 2035
"50% Merlot, 50% Cabernet Franc. From designated parcels (11 ha) on the plateau. Cask sample.
Ripe and pure-fruited but the freshness really comes through with this (first time) 50/50 blend. Chalky, mineral note behind. Fine-grained tannins. Drives on the finish with the fruit and freshness. More than adequate understudy while awaiting the grand vin."