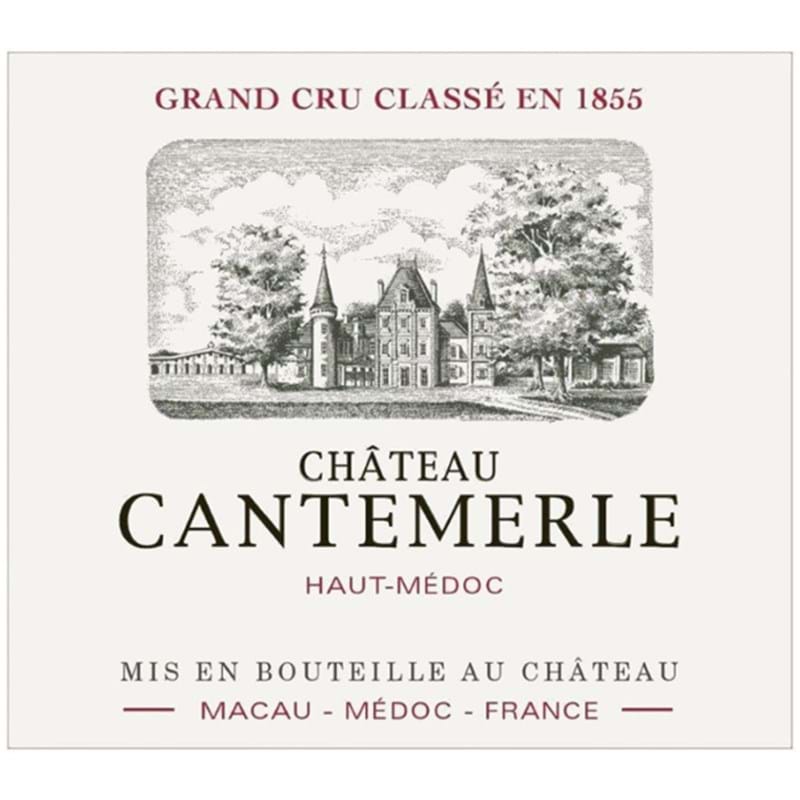 Château Cantemerle is a winery in the Haut-Médoc appellation of the Bordeaux wine region of France, in the commune of Macau. The wine produced here was the final estate to be classified as one of eighteen Cinquièmes Crus (Fifth Growths) in the Bordeaux Wine Official Classification of 1855. Its absence from the classification map featured at the 1855 Exposition Universelle de Paris created some controversy, even though it has been listed on all maps published after 1855. Some sources will include an asterisk next to Château Cantemerle listing in reference to this controversy. The estate has a long history in the Haut-Médoc with records detailing its existence since at least the 12th century and wine production since at least the 14th century. In the 19th century, the estate was hard hit by the phylloxera epidemic as well as grapevine attacks of downy mildew, after which production dropped nearly 50%. Towards the end of the 20th century, the estate was sold to French insurance group Les Mutuelles d'Assurance du Bâtiment et des Travaux Public who have contributed significant investment in the estate's vineyards and winemaking facilities.

DECANTER 93 points
Tasted by Jane Anson (at Primeur week tastings in Bordeaux, 01 May 2021)
"This has the tight tannins of the vintage with damson and an edge of bitter dark chocolate, but it is a success all the same - confident, succulent, elegant and classic. Philippe Dambrine retires as director of the estate as of this vintage, replaced by Laure Canu from Château Angélus. A yield of 45hl/ha, 40% new oak, 6% Petit Verdot completes the blend. Drinking Window 2028 - 2042."

JANCIS ROBINSON 16+ points
Drink: 2025 - 2032
58% Cabernet Sauvignon, 29% Merlot, 7% Cabernet Franc, 6% Petit Verdot. 40% new oak.
"Dark purple crimson with black core. Distinctive aroma that brings together not just cassis and damson but also the more lifted scent of Cab Franc and Petit Verdot. Gently leafy (not unripe) and with a light floral note like peony. Really pretty. On the palate, darker fruited but also with a marked dark-chocolate-like sweetness. Smooth, chewy tannins. Lots of flavour and a fruit and oak sweetness on the finish (though of course it is as dry wine), as well as the more savoury side from the dry tannins. Well integrated even now."