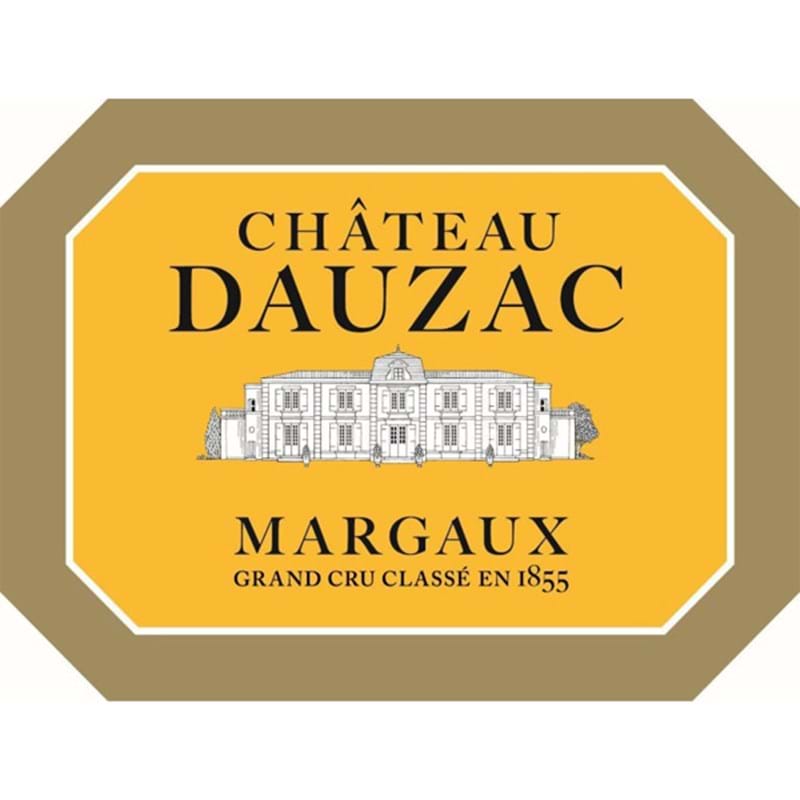 The long history for this semi obscure, classified chateau dates all the way back to 1622, when the farm of Dauzac was owned by Jean Cousseau. His heirs sold the estate in 1671 to an order of Carmelite nuns. Fifteen years later, a new owner, Pierre Drouillard purchased the estate. It was the Drouillard family, who after forming a partnership with the well-known Lynch family turned the former farm into a vineyard.

The Drouillard and Lynch families were already active in the Bordeaux wine trade as negociants. Together, they founded Chateau Dauzac. Pierre Drouillard died in 1708. In 1783, Chateau Dauzac was passed on to Jean-Baptiste Lynch.

If the Lynch family name sounds familiar, that’s because they were the founders of Chateau Lynch Bages in Pauillac. In 1863, Chateau Dauzac was sold to Nathaniel Johnston III, the owner of a negociant still in business today.

By the end of the 19th century, Dauzac had become a laboratory for wine growing experiments and research that was headed by Ernest David.

In 1914, with the death of Nathaniel Johnston IV, the Johnston family suffered heavy losses. In the 1930’s, unable to overcome the economic hardships brought on by the great depression, they were forced to sell Chateau Dauzac. In 1939, Dauzac was sold at auction.

The new owner, a total newcomer to the wine world, Jean-Jacques Bernat was a well-known Bordeaux ice-cream manufacturer. Jean-Jacques Bernat brought new ideas to Bordeaux wine making from his expertise in the production of ice-cream. Notably temperature control of the vats using blocks of ice.

In September 1978, Chateau Dauzac was purchased by Felix Chatellier, who renovated the Medoc estate, restructuring the vineyard and wine making facilities. Stainless steel vats replaced the old concrete tanks while the 19th century buildings gave way to air-conditioned cellars. The wine making was carried out under the supervision of Professor Emile Peynaud. In 1988, an insurance company, MAIF, acquired the estate from the Chatellier family. In 2002, the wine making facilities of Chateau Dauzac were modernized and a gravity based system was installed.

Unfortunately, on acquiring Dauzac, the MAIF company did not also acquire the staff who knew how to make the wine and properly manage the estate. They quickly turned to Andre Lurton who agreed to take over and manage the Chateau Dauzac. In turn, Lurton also purchased 42% of the property.

After twelve years, Andre Lurton stepped down in favor of his daughter, Christine Lurton de Caix, who took over running Chateau Dauzac. This branch of the Lurton family owns several other Bordeaux chateaux including Chateau Couhins Lurton and Chateau La Louviere in the Pessac Leognan appellation.

That arrangement remained in place until 2014, when MAIF decided to take over managing Chateau Dauzac and purchased all the shares owned by the Lurton family. Today, Chateau Dauzac was owned by MAIF and Credit Agricole Grands Crus until 2018.

In late December, Chateau Dauzc was sold to Christian Roulleau, the founder of SAMSIC, for 130 Million Euros. Samsic is a massive business services company, created in 1986. This was their first investment in wine.

Here’s a fun fact for you. For the 2016 harvest, Chateau Dauzac invited anyone that was friends with the chateau on their Facebook page to join the harvest! Yes, Chateau Dauzac has certainly embraced the modern era.

JAMES SUCKLING 94-95
A full-bodied red with ripe-berry, chocolate and walnut character. Soft, integrated tannins and a flavorful finish. I like the way that the tannins fold beautifully into the wine, so that you hardly sense them.

DECANTER 93 points
Tasted by Jane Anson(at Primeur week tastings in Bordeaux, 01 May 2021)
An attractive welcoming nose, plenty of bright perky fruits with floral peony and rose aromatics. Still clear austerity in the tannins but wrapped up with balance, classicism and elegance. Feel some bounce through the tannins here, with the emphasis on a cool blue rather than ripe black side of the fruit. A yield of 47hl/ha. Ageing for up to 16 months.
Drinking Window 2027 to 2044