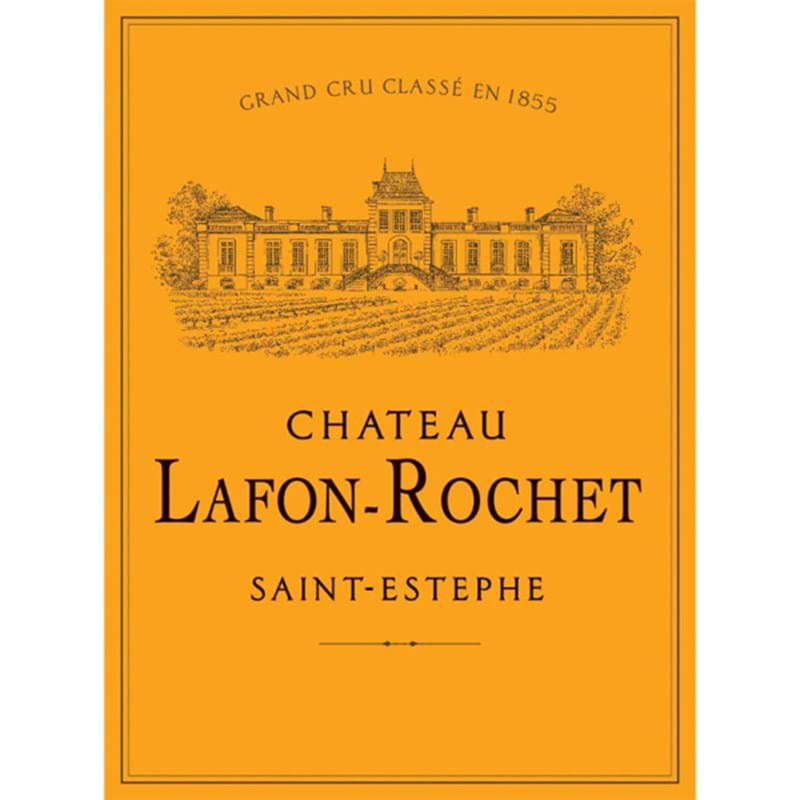 What we know of today as Chateau Lafon Rochet in St. Estephe, dates back to the middle of the 17th century. The estate was founded In 1650, when Antoinette de Guillemotte, brought the land of Rochette as her dowry to her husband, Pierre de Lafon. Shortly after they were married, following the custom of the day, they renamed the estate, using their last name, coupled with the previous name of the property, Chateau Rochet, and Chateau Lafon Rochet was born. While many Bordeaux vineyards were confiscated during the French Revolution, that did not happen to Lafon Rochet. In fact, the Left Bank estate remained the property of the same family for more than two centuries.

Everything changed at Chateau Lafon Rochet in 1959 when Guy Tesseron purchased the estate. The property needed extensive work as it had fallen into a dilapidated state. The Tesseron family, under the direction of Guy Tesseron completely renovated Lafon Rochet from top to bottom.
This was something that had to be done as most of the original buildings were in such bad shape, they could no longer be used. The vineyard also needed extensive replanting. At the time of the purchase, the vineyard was only 17 hectares. Through replanting and subsequent purchases, the estate has more than doubled in size since the Tesseron family took control of the property. That marked the start of the modern era for Chateau Lafon Rochet. Tesseron had his work cut out for him at his Medoc property in the 1960’s. The vineyards were as we mentioned in poor shape. Much of the land needed to be replanted in part, but the grape varieties that already existed in the vineyards were planted in the wrong types of soils for their varietal. The Merlot was in the gravel and the Cabernets were in the clay. That is still slowly being corrected today, although currently, almost everything is as it should be. This explains why the wines are so much better today. Because the wine making facilities had also become dilapidated under the previous owners, Guy Tesseron was forced to build all new wine making facilities. Even the Chateau had to be replaced! In fact, Chateau Lafon Rochet is the only 1855 Classified growth with a new chateau that was constructed in the 20th century!

In 1999, after being in the Bordeaux wine trade for more than four decades, Michel Tesseron, took over the property and decided to change the classic style of the 18th century design that was created for the chateau. Michel Tesseron did it by adding some color to Lafon Rochet in 2000. The chateau of Lafon Rochet is now a bright, sunny, bold, Mediterranean shade of yellow. It’s an artistic statement according to Michel Tesseron. At the same time, the labels of Chateau Lafon Rochet were also changed to showcase the new, artistic, sun filled, yellow theme. Chateau Lafon Rochet is still in the Tesseron family hands. Currently the Saint Estephe property is ably managed by the son of Michel Terreron, Basile Tesseron.

It is Basile Tesseron who is helping usher Chateau Lafon Rochet into the modern age. Basile Tesseron, who started at the estate in 2007, after training with negociants, speaks perfect English, with a subtle accent. This is something he picked up while living in England. The 41 hectare vineyard of Lafon Rochet is planted to 57% Cabernet Sauvignon, 37% Merlot, 4% Petit Verdot and 2% Cabernet Franc. This shows a slight increase in their Cabernet Sauvignon and Petit Verdot plantings. On average, the vines are kept at 37 years of age. However, the estate has old vines. Their oldest parcels have Merlot vines that were planted all the way back in 1938.

JAMES SUCKLING 93-94 Points
16 Apr, 2021 – "Blackberry and spice with firm, chewy tannins that show polish and focus. It’s medium-to full-bodied with excellent energy. Blackberry and blackcurrant character on the finish with a touch of cedar and spice."

DECANTER 93 points
Tasted by Jane Anson (at Primeur week tastings in Bordeaux, 01 May 2021)
"Attractive, well-paced fruits, plenty of clarity to the flavours, together with a feeling of linearity to the tannins. Austerity through the mid-palate constrains the brambled cassis fruit, but things build back up again and this is a measured, successful wine that will age well. 3% Petit Verdot completes the blend. First year with Eric Boissenot accompanying Jean-Claude Berrouet as consultants. Drinking Window 2027 - 2042."

JANCIS ROBNSON 17 points
Drink: 2025 - 2040
"61% Cabernet Sauvignon, 33% Merlot, 3% Cabernet Franc, 3% Petit Verdot.
Deep lustrous purplish crimson. Interesting vitality to the nose, almost as though biodynamic techniques were employed here. Lovely balance of ripeness and vitality. This is a very successful 2020. It may be dismissed by some because the tannins are not obvious but it's a delightful drink – already! Very distinctive. Perhaps not for seriously long-term cellaring but well done Basile Tesseron for producing something so appetising and groundbreaking. The finish is impressively persistent."