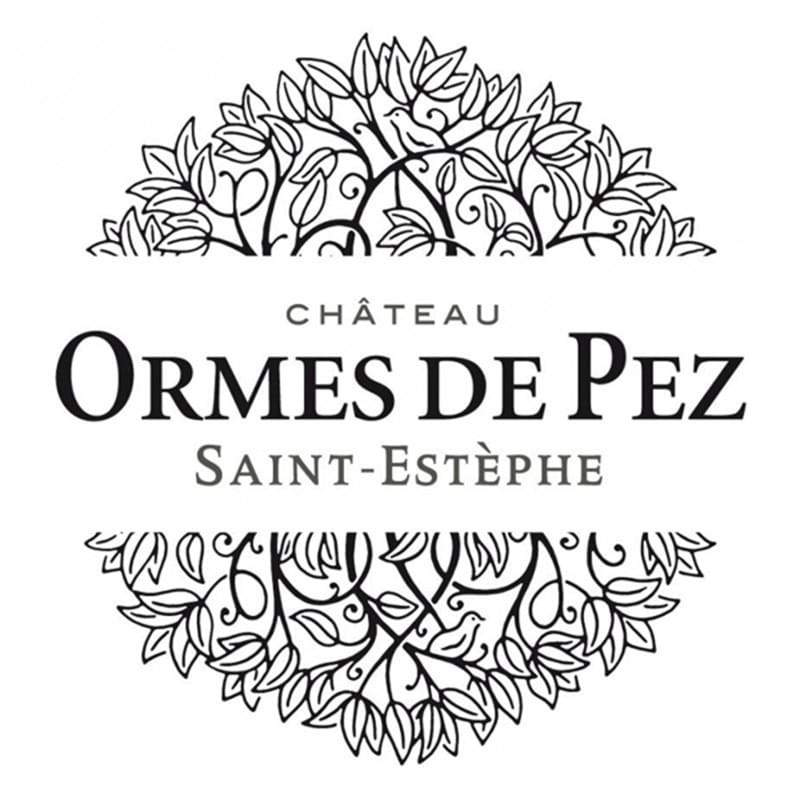 Château Les Ormes de Pez is one of St-Estèphe's leading Cru Bourgeois properties. It was bought by Jean-Charles Cazes in 1936 and is now owned and run by Jean-Michel Cazes. The latter owns Lynch-Bages The estate is located just outside the village of Pez in the northern part of the St-Estèphe commune.

There are 32 hectares of vineyards, which lie on soils rich in gravel on a subsoil of sand and clay. They are planted with 60% Cabernet Sauvignon, 30% Merlot and 10% Cabernet Franc. The grapes are hand-harvested and then fermented in temperature-controlled, stainless steel vats. The wine is then matured in a combination of one and two-year-old barrels from Lynch-Bages.

In the last decade, the wines have become richer and more fruit-driven - selection at harvest has become more rigorous and the proportion of Cabernet Sauvignon in the final blend has been increased. The wines normally require at least 5 years of bottle ageing to show at their best.

THE WINE ADVOCATE 90-92 points
Drink Date: 2024 - 2040
Lisa Perrotti-Brown, 20th May 2021
"Composed of 54% Merlot, 38% Cabernet Sauvignon, 4% Cabernet Franc and 4% Petit Verdot, to be aged for around 16 months in French oak barriques, 45% new, the 2020 Ormes de Pez has an alcohol of 13.17%, a pH of 3.69 and an IPT of 79. Deep garnet-purple colored, it springs from the glass with notes of plum preserves, blueberry compote and Morello cherries, plus hints of graphite, wild mushrooms and sautéed herbs. The medium-bodied palate delivers plenty of herbs-laced black fruits with a pleasant chewiness to the texture and lovely freshness, finishing on a lingering fragrant-earth note."

JAMES SUCKLING 92-93 Points
3 May, 2021 – "A firm, lightly chewy red with blackberry, blueberry, spice and some chocolate. Medium body and fine tannins. It grows on the palate. Tannins sneak up at the end. 54% merlot, the highest percentage ever, the rest Cabernet Sauvignon with a touch of Petit Verdot."

DECANTER 93 points
Tasted by Jane Anson
Part of Best St-Estephe 2020 wines tasted en primeur
"Blueberry, raspberry and cassis, there is concentration but also juice. Merlot-dominant (following a restructuring of the vineyard to better align grapes with terroir) with bite and freshness. A lovely smoky edge here, this is another successful vintage for Ormes de Pez. 4% Petit Verdot completes the blend. 3.69ph. 45% new oak. A yield of 42hl/ha which was not as low here as at Lynch Bages because of more clay in the soils, and because the Merlot was less impacted by the drought than the Cabernet Sauvignon.
Drinking Window 2024 - 2038."

JANCIS ROBINSON 16.5 points
Drink: 2029 - 2047
Full bottle 1,340 g. Cask sample taken 16 April. 54% Merlot, 38% Cabernet Sauvignon, 4% Cabernet Franc, 4% Petit Verdot. Merlot harvest began on 15 September, nine days earlier than in 2019, and continued until 20 September. The Cabernet Franc and Petit Verdot were harvested on 21 and 22 September, respectively. Cabernet Sauvignon was picked from 20 to 28 September. 16 months' ageing in barriques (45% new) envisaged.
"Dark crimson, but much paler than the Pauillacs from this Cazes stable. Aromatic and medium concentration of fruit with some stoniness on the palate. Marked tannins and acidity but nothing excessive. Classic St-Estèphe. Cool fruit and freshness. Very dry finish. I should imagine that this will be far from the most opulent wine of the appellation but it's very sincere and correct and I like the menthol-fresh finish."