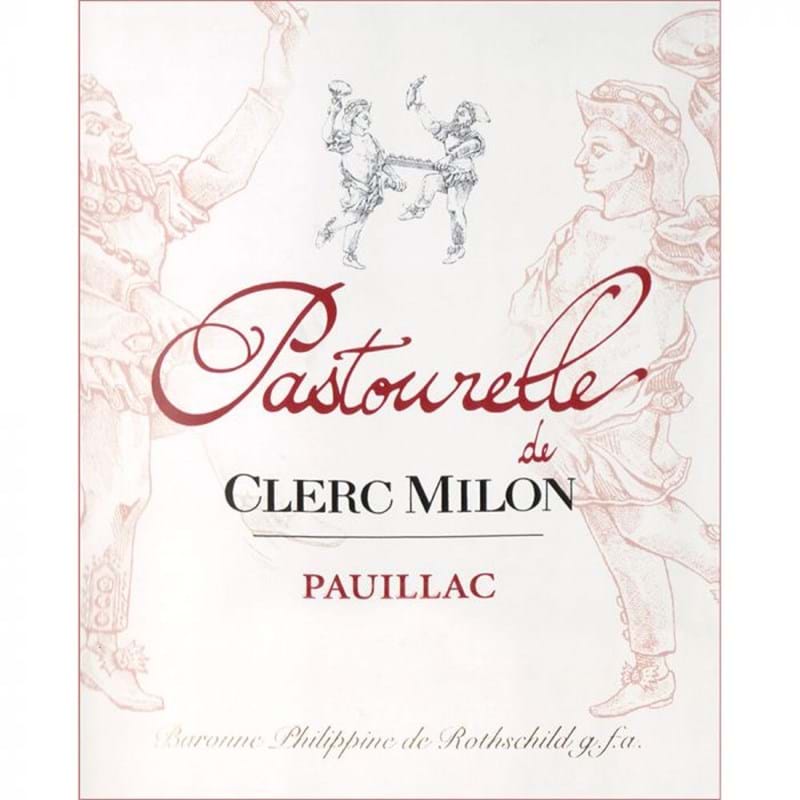 Fifth-growth Château Clerc Milon is one of a trinity of Pauillac classified growths owned by the Baron Philippe de Rothschild family. Baron Philippe began renovation and restoration here in 1970 – work that was later championed by his daughter Baroness Philippine until her death in 2014.

Baroness Philippine’s children, Philippe and Camille Sereys de Rothschild and Julien de Beaumarchais de Rothschild, now continue their mother’s legacy. In recent times, the estate has flourished under the careful stewardship of Director Jean-Emmanuel Danjoy. In 2020, his role expanded to include Ch. Mouton Rothschild and Ch. d’Armailhac and the talented winemaker Caroline Artaud joined the team at Ch. Clerc Milon in the capacity of Director.

Ch. Clerc Milon’s vineyard holdings – just over 40 hectares – neighbour two first growths, Ch. Lafite and Ch. Mouton Rothschild. Half of the vines are Cabernet Sauvignon, with the remainder being Merlot (37%), Cabernet Franc (10%), Petit Verdot (2%) and Carmenère (1%). The vines have an average age of 53 years. Harvesting here is done by hand.

A huge amount of work has been done to improve the winemaking facilities. In 2007, the gravity-fed vat room was inaugurated; three years later, in 2011, work was finished on the winery, cellars and tasting room. This wine is the product of an exceptional terroir, Pastourelle de Clerc Milon is the second wine of Château Clerc Milon, an 1855 Classified Growth at Pauillac.

THE WINE ADVOCATE 88-90 points
Drink Date: 2023 - 2034 - Lisa Perrotti-Brown, 20th May 2021
"Medium to deep garnet-purple in color, the 2020 Pastourelle de Clerc Milon rolls effortlessly out of the glass with notes of kirsch, stewed black cherries and redcurrant jelly, giving way to notes of plum preserves and potpourri. The medium-bodied palate is soft, juicy and refreshing—so expressive and delicious right now—finishing lively and red-berry laced. The blend this year is 51% Merlot, 40% Cabernet Sauvignon, 8% Cabernet Franc and 1% Carmenere."

“The vintage went quite well—not as extreme as 2018,” said Jean-Emmanuel Danjoy, the new estates manager, formerly the winemaking director at Clerc Milon, now overseeing winemaking for Mouton Rothschild, Clerc Milon and d’Armailhac, following the retirement of Philippe Dhallhuin last year. “There was no excessive heat, no sunburn damage, no blockage on the vines. It was an extremely early vintage, but, because of the earlier budbreak, it was also a long growing season—180 days. Usually, it is around 178 days.”

JAMES SUCKLING 92-93 Points
27 Apr, 2021 – "A juicy red with blackberry and floral character. Some spice, too. It’s full and layered with lots of savory and bright-fruit character at the end. Pure berries. Second wine."

DECANTER 88 points
Tasted by Jane Anson - Part of Best Pauillac 2020 wines tasted en primeur
"The aim of this wine is that it should be drunk younger than Clerc Milon, of course, so it is mostly Merlot and not sold en primeur, but when ready to drink - right now they are on the 2010 vintage. The 2017 is a ripe, juicy wine with clear tannins providing walls, and a touch of austerity - more than in some years. Vibrant and balanced, this will provide enjoyable medium term drinking once released. Drinking Window 2023 - 2034."