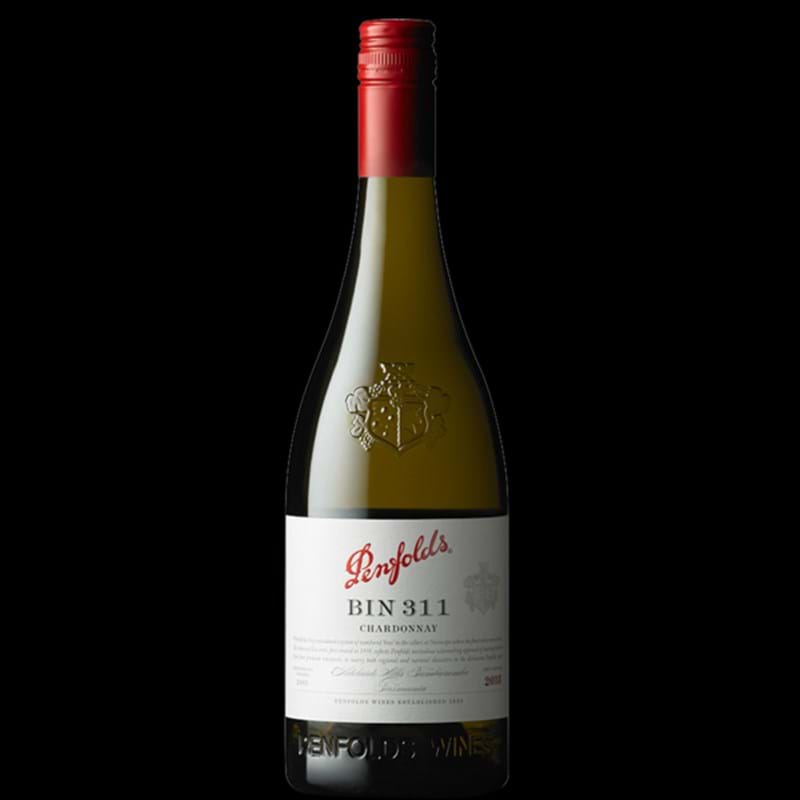 Bin 311 Chardonnay truly reflects the winemakers' mantra of going where the fruit grows best and where it best suits style. In the previous release of Bin 311, fruit sourcing moved to multi-regional cool-climate regions. In true Bin 311 style, not unlike Yattarna, it exhibits lemon/lime aromas and a mineral acid backbone, complemented by barrel fermentation and maturation in mostly seasoned oak. Minimal filtration is employed, preserving elegant fruit flavours.

THE WINE ADVOCATE Rating: 92
Drink Date: 2021 - 2030
Quite smoky and toasty, but also richly fruited and citrusy, the 2020 Bin 311 Chardonnay is a lovely example of Australian Chardonnay. Aged eight months in 41% new French oak, this blend from Tasmania (68%), Piccadilly (25%) and Henty (7%) is bold and flavorful, medium-bodied, with a ripe, custardy feel and lingering, citrusy-crisp finish. It's the best value of these three Penfolds Chardonnays, loaded with pineapple and citrus notes and bursting with flavor for a price that's competitive with comparable wines out of California. - Joe Czerwinski, 22nd Jul 2021