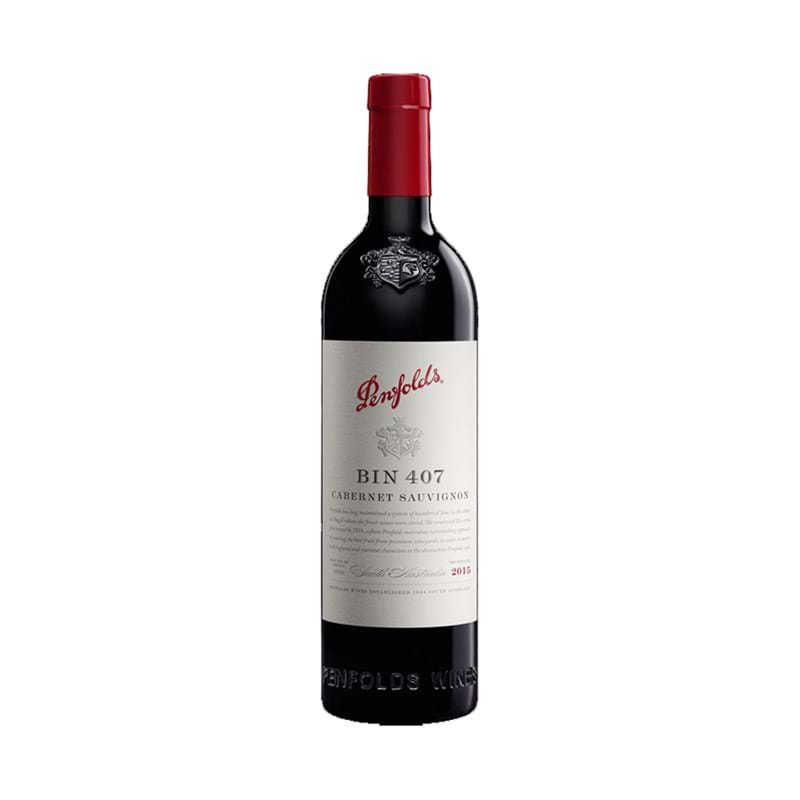 Launched with the 1990 vintage in 1993, Bin 407 was developed in response to the increasing availability of high quality cabernet sauvignon fruit. Inspired by Bin 707, Bin 407 offers varietal definition and approachability, yet still with structure and depth of flavour. Textbook cabernet sauvignon, the varietally expressive Bin 407 highlights the rewards of Penfolds multi-region, multi-vineyard blending, with a core of ripe fruit supported by sensitive use of French and American oak.

THE WINE ADVOCATE Rating: 90
Drink Date: 2021 - 2035
"While the 2019 Bin 407 Cabernet Sauvignon shows ample concentration and ripe tannins, there's a pervasive herbal note. While some will call it Cabernet's varietal character—and I won't dispute that a bit of pyrazine is indeed endemic to the Cabernet family of grapes—balance is key. To this taster, there's just a bit too much mint and other green stuff for me to go gaga over the 2019 Bin 407. It's still an excellent wine, with plenty of weedy cassis fruit, a ripe, lush feel on the medium to full-bodied palate and a velvety, dark-chocolate finish. Sourced from Padthaway, Coonawarra, Wrattonbully, McLaren Vale and Barossa Valley, it spent a year in a combination of French and American hogsheads." - Joe Czerwinski, 22nd Jul 2021