Buying a gift? Don't forget the gift packaging
We've got lots of options! 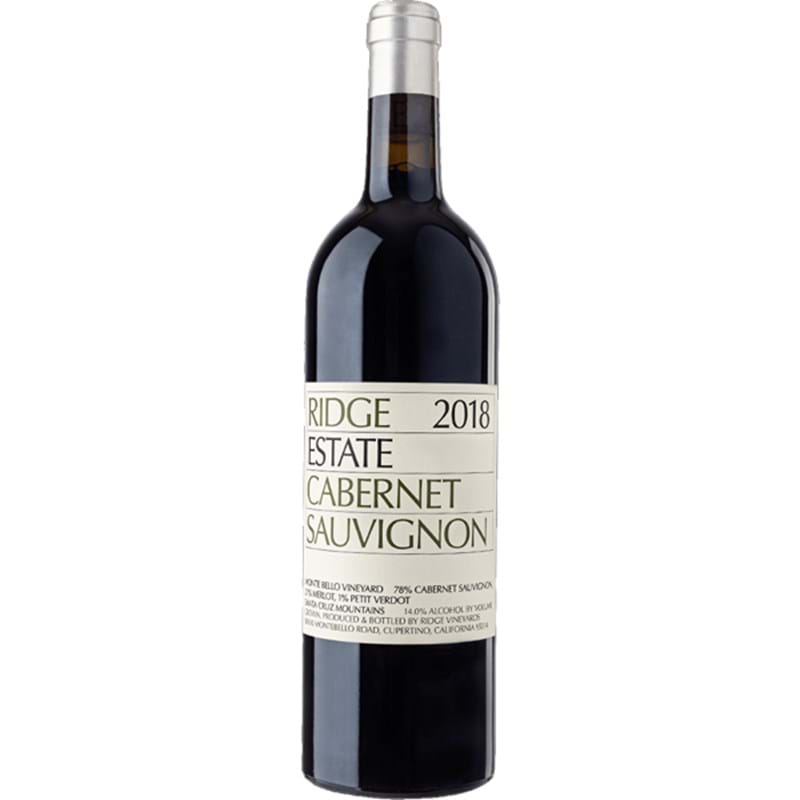 In 1886 the first blocks of the Monte Bello vineyard were planted and construction on the winery begun. The first vintage was the 1892. In the early 1940s, the last of the old vineyard was abandoned; in the late forties a few blocks were replanted. Those Cabernet vines—now over sixty-five years old—produced the first Ridge Monte Bello (1962) and subsequent vintages until 1974. By then other abandoned blocks had been replanted and their fruit considered for use in the Monte Bello. A number of those consistently produced a more accessible wine that developed its full complexity earlier and these were combined as the “Santa Cruz Mountains”. With the 2008 vintage the name of this stylistically distinct wine became the Ridge Estate Cabernet Sauvignon, stressing the principal variety and the Monte Bello estate vineyard as its source.

Winter rains were late to arrive, delivering a season’s worth of rainfall in March. Spring remained cold with heavier than usual fog, slowing the progress for a harvest that took place between 18 September and 17 October. The grapes were destemmed, and whole-berry fermentation proceeded with natural yeast. After nine days’ maceration, the must was pressed off. Malolactic began in tank, and continued in barrel during ten weeks on lees. The wine was then aged for 18 months in airdried American oak barrels, with 58% new wood.

Though winter was mild and dry, spring storms delivered enough rain for the vines to thrive. Summer fog and cold nights slowed ripening while intensifying flavours and acidity. Whole berries were fermented in small tanks with limited pump-overs resulting in softer tannins. Once pressed, each lot was kept in separate barrels until assemblage. Eighteen months’ time in oak has produced a sensuous wine with great appeal. It will be most enjoyable over the next twelve to eighteen years.