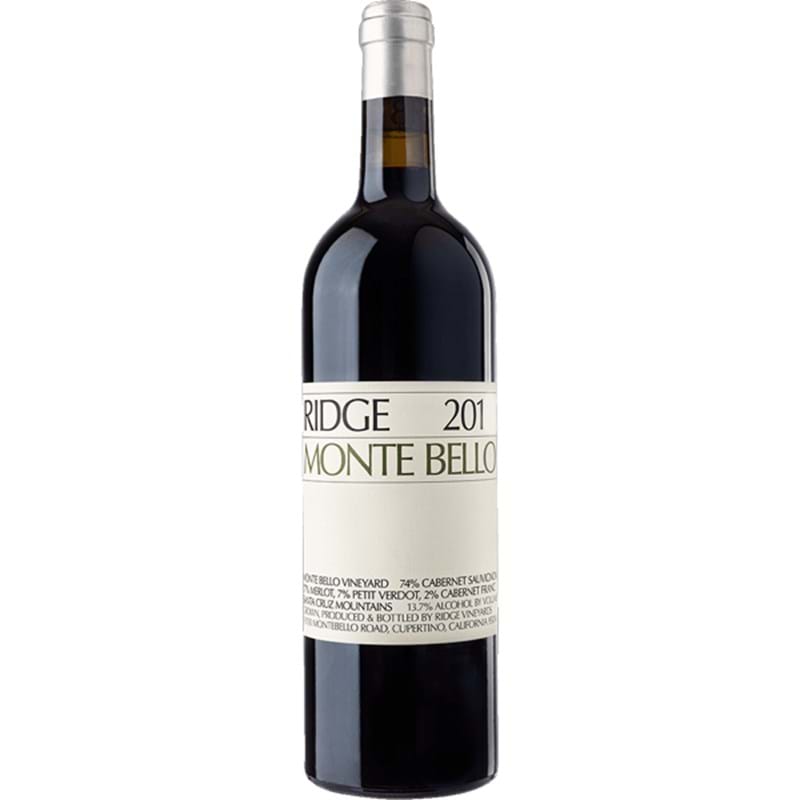 THE SMALLEST VINTAGE IN A DECADE
To describe the 2020 vintage in California ascomplicated is surely an understatement. Quite apart from the constraints of working in the shadow of Covid-19, the weather threatened to
throw numerous additional spanners in the works.

January and February were two of the driest months on record, which inhibited the growth of the cover crops that are essential to an organic vineyard like Monte Bello. The mild winter weather also prompted early flowering, just in time for late spring storms to disrupt fruit set. Despite the small crop that resulted, and the early start to the season, ripening was retarded by cool spring temperatures. Then, on August 16th, a monsoonal weather system brought strong winds and thousands of lightning strikes, sparking the wildfires that we all saw ravage the drought-ridden state.

Nature sometimes has a funny way of counterbalancing itself, however. Those late spring rains, while affecting the fruit set, replenished groundwater, restored the cover crops, and helped the vines through the dry summer – as did the unusually heavy summer fog at Monte Bello. After the fires began, the atmospheric haze reduced solar intensity and thus slowed photosynthesis, meaning flavour continued to develop in the grapes while sugar was kept at bay. Heatwaves in August and September allowed the vines to start catching up, and a warm early October saw full ripeness begin to appear.

The harvest took place over nineteen days. Parcels that showed any risk of smoke damage at this early stage were not even picked. This offer has been pushed back slightly until after the first blending, to allow for any other lots that might need to be eliminated, reducing quantity yet further.

The result of the rain at flowering and the meticulous avoidance of smoke taint is a very small production of excellent, concentrated Monte Bello – a triumph over multiple adversities and a testament to the complex caprices of nature.

BLENDING
The first assemblage tasting took place on February 25th and 26th. Forty-four lots were considered for inclusion. As usual, all the lots were tasted blind to identify those that most display classic Monte Bello character. During the first day of tasting, ten blocks were chosen for the initial wine. Two were from Klein, the other eight from Torre and Perrone blocks. The second day saw the inclusion of an additional eight lots. After blending, the wine has been returned to new barrels for the various components to integrate.

Current varietal makeup is 82% Cabernet Sauvignon, 13% Merlot and 5% Petit Verdot. The makeup may change as ten other promising lots are considered at the second assemblage tasting scheduled for mid-May.

JAMES SUCKLING 97
Aromas of black currant, walnut, black olive and sweet flowers. Licorice. Full body, round and soft tannins and a subtle yet rich finish. Stone undertone. Showing wonderfully now. Why wait? But it will age for decades ahead.