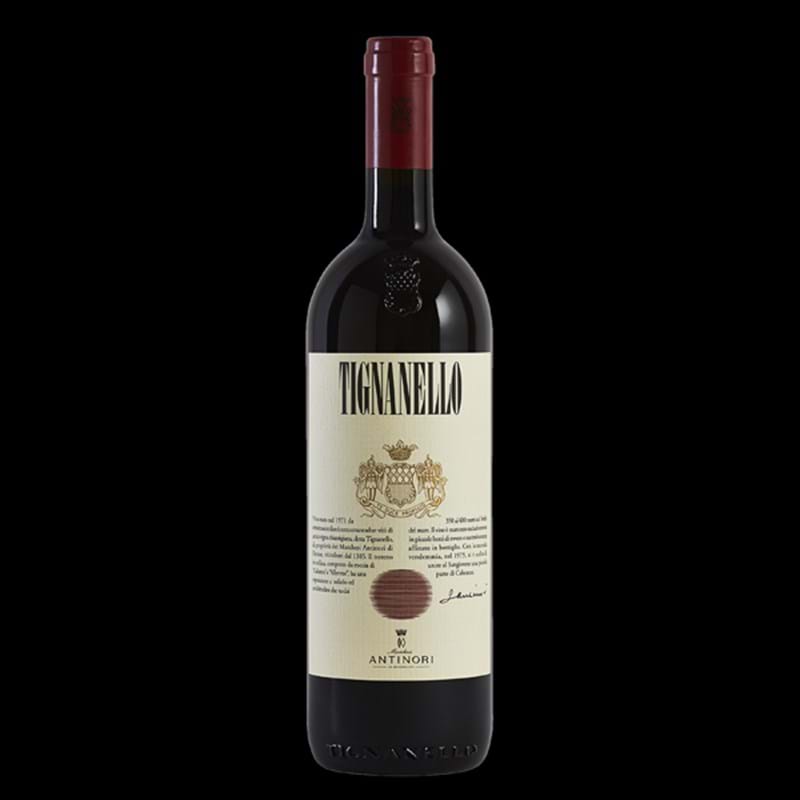 The Tenuta Tignanello estate is in the heart of Chianti Classico, in the gently rolling hillsides between the Greve and Pesa river valleys. It extends over an area of 319 hectares (788 acres), of which about 130 (321 acres) are dedicated to vines. Two of the estate’s prized vineyards are on the same hillside, Tignanello and Solaia, on soils that originated from marine marlstone from the Pliocene period rich in limestone and schist. The vines enjoy hot temperatures during the day and cooler evenings throughout the growing season. The estate’s two signature wines, Solaia and Tignanello, are produced from these vineyards and have been defined by the international press as “among the most influential wines in the history of Italian viticulture”. According to Marchesi Antinori, Solaia and Tignanello are an ongoing challenge and a never-ending passion. The Tignanello estate has vineyards of indigenous Sangiovese grapes as well as some other untraditional varieties such as Cabernet Franc.

Tignanello was the first Sangiovese to be aged in barriques, the first contemporary red wine blended with untraditional varieties (specifically Cabernet) and one of the first red wines in the Chianti Classico region that didn’t use white grapes. Tignanello is a milestone. It’s produced with a selection of Sangiovese, Cabernet Sauvignon and Cabernet Franc.

Tignanello is a blend of 80% Sangiovese, 15% Cabernet Sauvignon and 5% Cabernet Franc aged for 14 months in French and Hungarian oak. The first vintage was in 1970, made by the legendary winemaker Giacomo Tachis and still labelled as a Chianti. The introduction of Cabernet Sauvignon in the blend, the use of French barriques and the elimination of the then-mandatory white varieties helped the wine to acquire immediate recognition and to start the "Supertuscan" revolution.

Antonio Galloni, Vinous - 97 points - "The 2018 Tignanello is a wine of breathtaking purity. Impossibly silky and persistent, the 2018 is all class, all the way… The purity of the flavors alone is mesmerizing. Tignanello, in my view, is the single greatest high quality, estate wine made in scale."

One of the first ever Super Tuscans to launch, back in 1971, it changed Italian wine forever and has won the hearts of wine fans the world over. Out now is the much anticipated new release of Tignanello 2018. The 2018 continues the trend of outstanding wine... Scoring a huge 97 points from Vinous's Antonio Galloni, this is the second highest scoring vintage ever, behind the 98pt 2015 and 2016 vintages.

This is a wine that even achieves the same score as Sassicaia and Ornellaia in 2018, but is it released at less than half the price, making this an outstanding offer for wine enthusiasts.