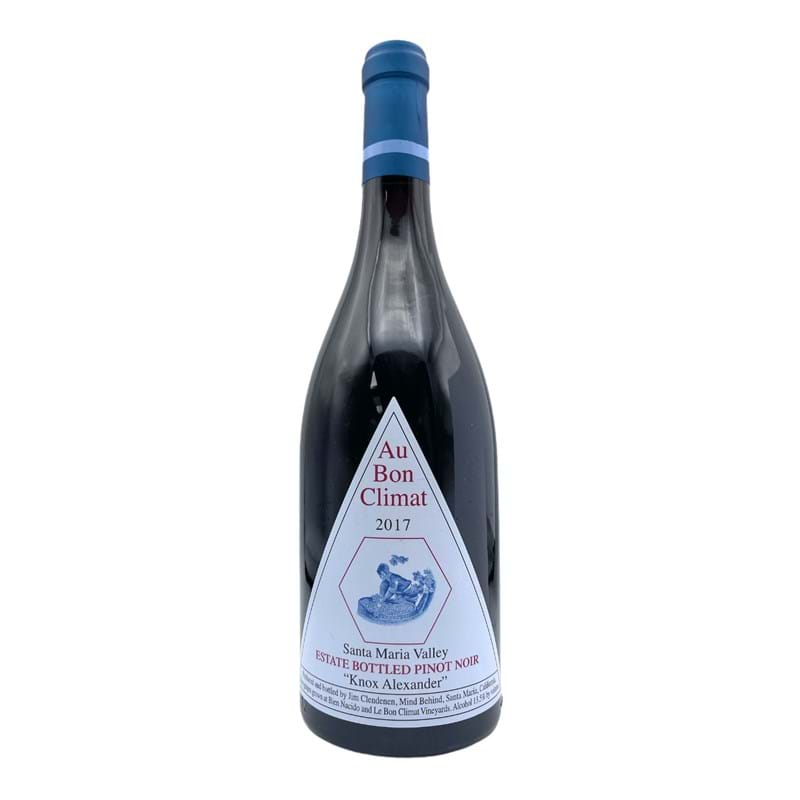 The style of Knox Alexander, named after Jim Clendenen’s son, is to express a selection of the best vineyard parcels from the 58 acres of estate Pinot Noir fruit that Jim has planted since 1994. The 2017 is a savoury wine with mixed red and black berry fruit mingling with notes of cured meat, toast and bacon. The palate exudes concentrated, dark cherry fruit and a smoky intensity which combine to make this a bold expression of Pinot Noir yet one that is toned and supple. The signature ABC freshness is here and lifts the whole wine yet it is the intensity of the savoury, meaty character that defines it. The leafy tannins are still firm on the palate suggesting that more time should be allowed for these to resolve. The wine is concentrated and powerful with so much complexity all culminating in an intriguing herbal note on the generous and rewarding finish. Drink 2024-2032. - Catriona Felstead MW

Au Bon Climat
Named after Jim Clendenen’s son Knox, this wine is from the finest lots of Pinot Noir from the estate Le Bon Climat and Bien Nacido Vineyard since 1998. These two vineyards, separated only by the Sisquoc River, have slow growing vines planted in well drained poor soils, which produce really distinctive Pinot Noir. Both vineyards struggle to yield much most years, but the small amount that is harvested is of amazing quality.

Knox is a blend of our two “estate” vineyards, Bien Nacido and Le Bon Climat. Both vineyards are in the Santa Maria Valley, with Le Bon Climat being located on the southern edge of this appellation. Le Bon Climat was planted in 1998 with low vigor rootstock in some well drained poor soil. This combination of low vigor plants and poor soil limit the crop size and slow ripening. The two blocks selected to be used in Knox are Block 2 and Block 11. Block 2 was planted in 1994 with a wide mix of clones, which are 103, 113, 114, 115, 2A, Mt. Eden along with some Pinot Meunier. Block 2 has a south/west exposure which is good for morning sun though many mornings during the growing season the sun is blocked by our Santa Maria fog. Our other premium block of Pinot Noir at Bien Nacido is Block 11 which is planted with clones 667, 777, 115, 2A, Swan and Jackson in 1997. Block 11 is a steep, hillside block with north/west exposure.