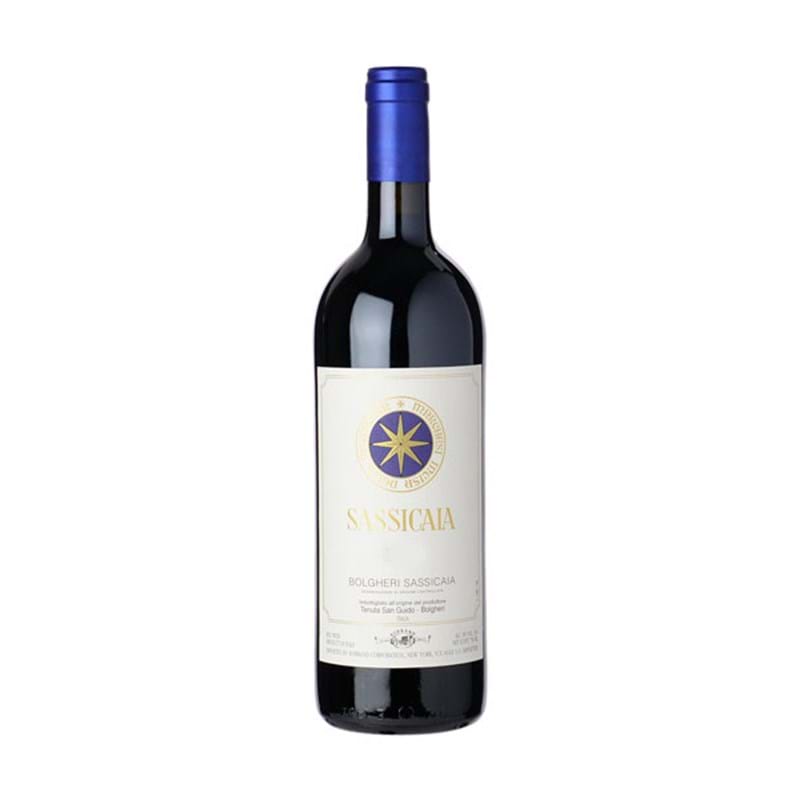 Vintage Report
The 2018 vintage was a classic year for Sassicaia. Autumn and early winter were characterised by temperatures above the seasonal norm with sporadic rains. This situation that lasted until February, with greater intensity of rain and some snow at the highest altitudes. At the beginning of March, temperatures rose slightly. Shortly after, a further wave of frost affected the whole of Italy, especially the Tuscan coast. Spring arrived in the second half of April, with rising temperatures and sunny days.

Throughout spring to late summer, temperatures remained normal, without excess heat and with occasional rains, favouring the phenological phases of flowering and fruit set. During July, the heat became intense; the high temperatures lasted until mid- August, which brought abundant rains, refreshment to the vines and temperatures returned to normal.

The harvest of Cabernet Franc began in the first ten days of September, while Cabernet Sauvignon grapes were picked from 16th September to 4th October. The production was slightly lower than expected but of fantastic quality, with an excellent level of phenolic ripeness and no excessive sugar content, guaranteeing moderate alcohol content and excellent aromatic complexity.

97+ Points, Monica Larner, The Wine Advocate
“This is a classic vintage of an Italian icon now celebrating its 50th vintage. The Tenuta San Guido 2018 Bolgheri Sassicaia lays out a familiar blueprint that borrows from the proven track record of this landmark estate that extends into the hills just beyond the Tyrrhenian shores of Tuscany. This vintage is crystalline and pure in its delivery, and if you are familiar with previous editions, it is impossible to mistake this wine for anything but Sassicaia. The growing season started off cool and wet but turned to warm and dry conditions comfortably before the harvest. Cabernet Sauvignon with Cabernet Franc in a supporting role deliver a graceful mid-weight texture that holds back style-wise in terms of phenolic density. The wine’s careful balance is achieved thanks to the nuanced character of the fruit, the present acidity, the well-managed structure and the contained alcohol. The palate is lifted and bright, the finish is polished and long, and the wine skips over any heaviness on the mid-palate. The bouquet is especially intriguing with a very lively plummy fruit element that is enhanced by baker’s chocolate, pepper spice, iron ore, caramel and pie crust. There is also a green character that adds positively to the bouquet with aniseed, tea leaf, soya, menthol rub and black olive. The fruit maturity is spot-on with no elements that feel over or underripe. Overall, the 2018 Sassicaia weighs in with a svelte frame and long persistence. Moreover, it is distinguished by the archetypal elegance and pedigree of the classic vintages of the past. This new release gives you much pleasure to await.”