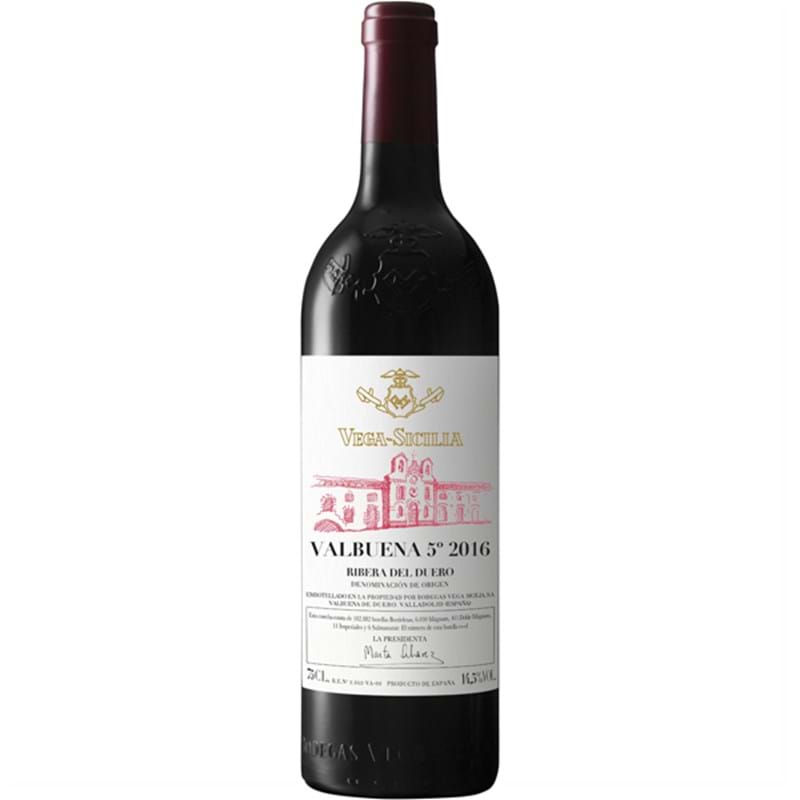 Valbuena is the purest expression of red wine at Vega Sicilia and is aged over five winters in barrel then bottle, hence the name of the end product: Valbuena 5º. The crucial first year of ageing takes place in barrel, with 75% French oak and 25% American oak.
In this first stage, the aim is to amplify the wine’s structure, sense of sweetness and density. The second year of ageing takes place in large wooden vats and, during this stage, it gains elegance, complexity, tension and subtlety.

The Vintage
The first frosts took place in mid-November, although they only became significant in December. The weather was relatively mild from November to February, a trend that was reversed in early March. As the start of spring was cooler than average, the budbreak was slightly later than usual. The summer was typical of the conditions in the Ribera del Duero. Flowering took place in the middle of June. The sweltering heat experienced in the month of August caused long dormancy stages that delayed ripening. September was a dry month, which helped keep the grapes healthy and ensure a well-balanced end to ripening. The harvest began on 22 September for the pied de cuve and then continued between 27 September and 11 October.

Valbuena 5º 2016 is the perfect balance between elegance, complexity and concentration. Pure harmony.

THE WINE ADVOCATE Rating: 96
Drink Date: 2021 - 2030
"The 2016 Valbuena was produced with a blend of 94% Tinto Fino (Tempranillo) and 6% Merlot from 140 hectares dedicated to this wine. It fermented with indigenous yeasts, and the first year it matured in barrels (75% French, 25% American) and the second year in large oak vats. This is again a floral and elegant vintage of Valbuena, very much in line with what has happened in the best vintages since 2010. 2016 is going to be a wine that the public is going to like; it has an extroverted personality and is perfumed and generous, juicy and tasty and nicely textured, with fine-grained tannins and very focused and clean flavors. 2016 was a year of very good freshness in Ribera del Duero, a year they like even better than 2018. 182,882 bottles, 6,030 magnums and a few larger formats were produced. It was bottled in June 2019." - Luis Gutiérrez, 30th Dec 2020