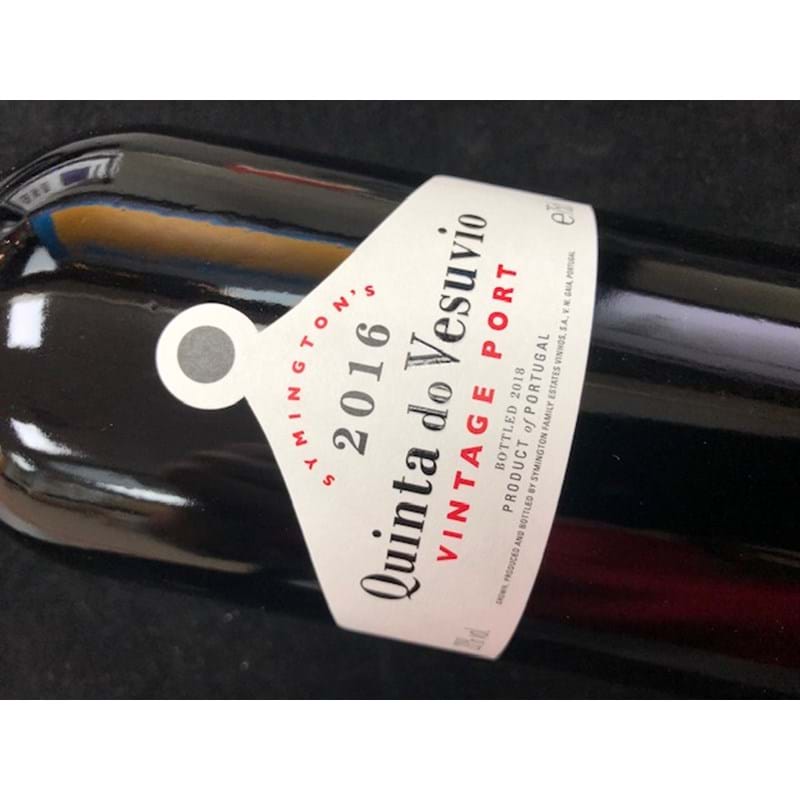 Made in granite lagares with teams of 40 treaders, faithful to a tradition dating back to ancient times. Quinta do Vesuvio is situated in the Douro Superior, which has a more continental climate than other areas of the Douro Valley with hot summers and very cold winters, as well as the region’s lowest annual rainfall, averaging just 470mm per annum at Vesuvio. The property’s scale (326 hectares) and mountainous terrain results in vineyards with multiple aspects. The predominant exposure is north and west, which protects the vines from the hot summer sun. The estate’s substantial altitude range for its vineyards; from 100 metres to almost 500 metres, provide varying terroirs which are a key component in the Quinta’s wines. Tasting Note: Aromas of Mediterranean lavender and resinous scents. Luxurious velvet-like palate with delicious kirsch and ripe, dark fruit flavours with hints of liquorice. Weighty with sinewy fruit, the muscular structure is underpinned by schisty tannins.

THE WINE ADVOCATE (Robert Parker) Rating: 96 points
Drink Date: 2028 - 2075
Reviewed by: Mark Squires, Issue Date: 19th Jul 2018, Source: Interim Mid-July 2018, The Wine Advocate
The 2016 Vintage Port is a blend of 43% Touriga Nacional, 25% Touriga Franca and 17% Alicante Bouschet, with Tinta Amarela and Sousão filling out the rest. It comes in with 115 grams of residual sugar. If this Quinta has a hallmark to me, it is the expressive, gorgeous fruit. It has a seductive feel, but it is also muscular and intense. It is one of the most muscular in the Symington stable this year, with the concentration to soak up the power. I'd give this the nod for the moment over the 2015, but they are pretty close, granting that I do not have them side by side. They may wind up in more or less the same place overall in the long run. We'll see. That said, this seems superb. Bottled in May 2018 and to be released in October 2018, there were 1,220 cases produced.

Part of the Symington Family houses, Vesuvio was declared this year, along with everything else. All of them were bottled, although not long in bottle. They are set for release in October 2018.

As we debate the trends in Ports (see last year's article on the 2015s, "Undeclared and Unashamed"), it's worth noting that my favorites of the Symington group are easily the single-quinta/single-plot Ports—The Stone Terraces and Capela are both wine-of-the-vintage candidates, and the regular Vesuvio wasn't exactly a slacker. The Vesuvio property is a personal favorite, as is The Stone Terraces, so you have my biases up front.

Charles Symington said that 2016 started off very rainy, followed by a hot and dry summer, but with moderate temperatures. It was fairly apparent it would be a later vintage. In mid-August, some rain helped the maturation. At the beginning of September, there was a wave of hot weather. He said that was a crucial moment when he thought of starting harvest, even though it was not quite perfect, but they waited. Victory goes to the bold. Rain in the second week of September caused them to hold back another week, beginning harvest around 22 September. It was a very late harvest, creating a certain element of risk. Touriga Franca, he said, is particularly susceptible to rain. But there was no rain for the next 30 days, making harvest easy. Charles said that the "blue skies and mild temperatures from the 13th September to the 10th October allowed for the Nacional to be picked in late September and the Franca in early October in perfect conditions with fantastic balance. The freshness coming through in these wines being a defining feature of this vintage."