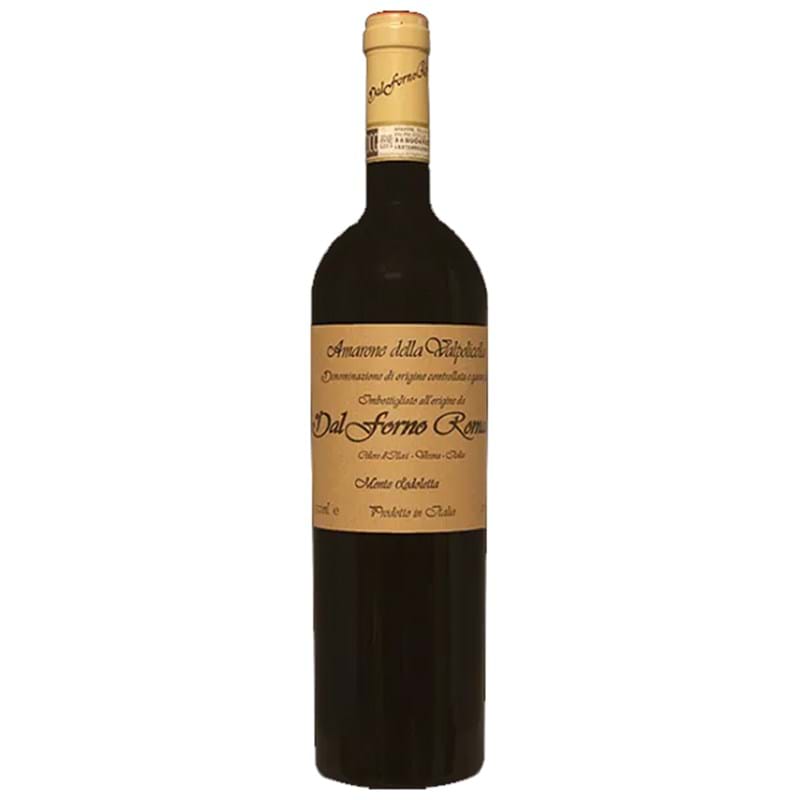 THE WINE ADVOCATE Rating 98 - Drink Date: 2022 - 2055
"The 2013 Amarone della Valpolicella Monte Lodoletta is my favorite wine in the retrospective, along with the amazing 2011, 2009 and 1996 vintages. This wine was released at the beginning of this year, and because Dal Forno skipped over the 2014 vintage, this is the only Amarone we will see for a while (until the highly anticipated 2015 is released). The 2013 vintage is characterized by a slightly more streamlined mouthfeel (which isn't saying much given the baseline enormity of these wines) with carefully etched aromas of black cherry, rum cake, dark chocolate and toasted espresso. The 2013 vintage was balanced overall without the sudden heat waves we saw in the summers of 2011 and 2012. The grapes finished a slow and steady ripening process over an extended growing season. The effect is graceful and focused. Put this bottle aside in your cellar for the decades to come."

Tasting Notes
So dense and concentrated it pools in the glass. Aromas of caramelised sugar, dried plums and prunes emerge with lashings of clove and nutmeg spice and woodsmoke. Already there is a touch of shiitake mushroom development in the background. On the palate the power is jaw-dropping with statuesque poise and structure that will ensure decades of life. Velvety finish. Fantastic.

Reviews & Scores
97 points, James Suckling - "A decadent nose of treacle tart, chocolate, tar, tons of black fruit such as blackberries and mulberries and even ash and liquorice. A dense, layered mouthfeel makes for a full-bodied palate that's explosive yet somehow so refined and pretty all at the same time. The finish goes on and on. Incredible now, but better to wait for this giant to settle well into 2020."