IMPORTANT: We only deliver in JERSEY, Channel Islands on orders over £75. Free collection always available from any of our shops.

We are super proud to be a family-run, independent Jersey business that has been trading for over 121 years.

Neil's father, Winston Pinel has compiled a short history for us...

In 1899, Edmund Dunell opened his bakery and confectionery in the village of Beaumont on the corner next to the Forester's Public House. His youngest brother, Clifford, joined him in the business. They were excellent bakers, as their statement heading of around 1916 confirms:- 'Awarded 3 Diplomas for Hovis Bread, Agent for Blue Cross Teas, Birthday and Wedding Cakes made to Order, Noted for Jersey Wonders'.

Guy Dunell, Edmund's nephew, joined them in 1935 straight from school. By this time, the grocery side of the business had become more important than the baking and Guy concentrated on the former, buying direct from manufacturers.

During the occupation, they continued to bake bread with flour provided by the States of Jersey and sell whatever fruit and vegetables they were able to buy from local farmers. In September of 1944, when supplies became so scarce that there was very little left to distribute, their oven became the communal kitchen, baking twice a day for the village.

Edmund died in 1943, leaving the business to his nephews, Guy and Victor. When Victor came back from England to join Guy in the business, Guy decided to concentrate on groceries and the bakery side of the business was taken over by his brother-in-law, Bert Pinel, who built a new bakery across the road. Guy and Victor now traded as Dunell's of Beaumont, Family Grocers and Wine Merchants. Over the next few years, Guy began importing wines and spirits direct from France, Spain etc. to retail in their shop. In 1963, they obtained a Wholesale Licence, to enable them to sell wines and spirits to other shops. Two years later, Victor bought the grocery shop opposite known as 'Godfray's Stores' and Guy moved their Wholesale 'Cash and Carry' into their new premises, where they also began bottling wine imported in cask. 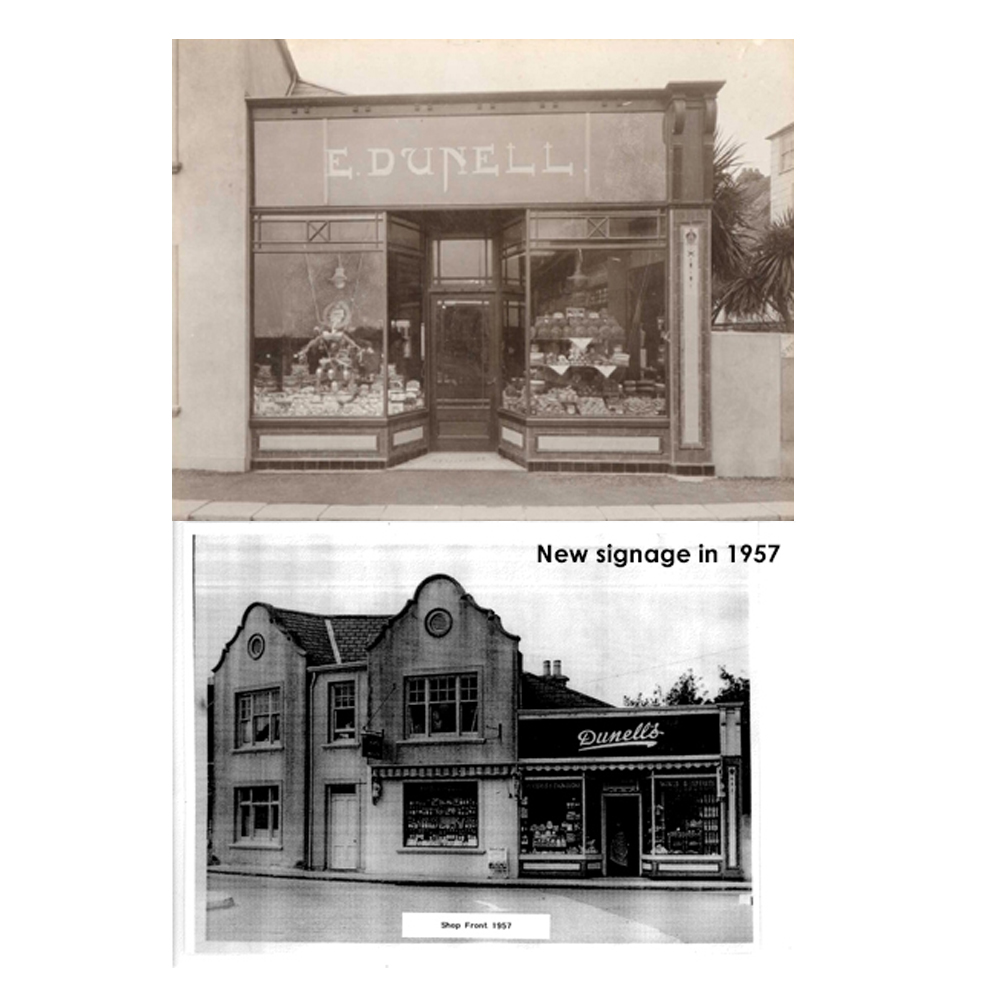 Winston Pinel, Guy's nephew, joined the business in 1968. The following year, they built a new wine store on the land behind the old Godfray's shop. At the same time, by creating a car park on their adjoining property, they were able to move their access from the dangerous and noisy roundabout to the quiet of the seaside. Now having more selling space, their wine business expanded rapidly. Winston was appointed Managing Director in 1971.

Once again, the wine business outgrew the premises and, in 1975, the company bought a disused farm at St Peter, so that they were able to move their bottling plant and create more selling space at Beaumont. However, over the next two decades their main customers, the small shops, gradually either closed down or were taken over by chain stores. During this time, it became necessary to change their emphasis to selling direct to the public.

Neil Pinel, Winston's son, joined the business in 1988. Once he had gained sufficient experience in the business, including numerous visits to their suppliers in France, Spain and Portugal, Neil was appointed Manager. He made many new contacts, particularly with small winegrowers both in Europe and the New World and visits Bordeaux, Burgundy and the Rhône Valley each year to taste the 'en primeur' wines, so that he can recommend and offer the new vintages at the best prices. With his fresh input, he has made many improvements and has changed the premises from being a warehouse into a customer friendly retail shop, offering not only over 1600 different wines but 500 spirits and a wide a range of wine accessories and glasses. 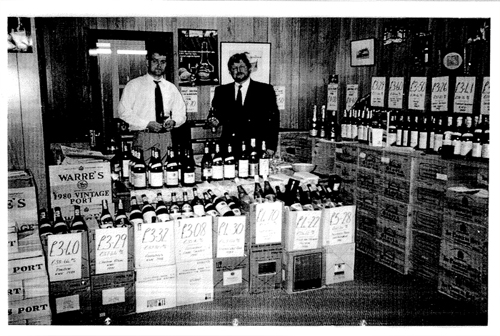 Winston Pinel retired at the end of 1999 when Neil was appointed Managing Director.

Since then, Dunell's has been through many more changes and facelifts and can now be regarded as Jersey's Leading Independent Wine Retailer offering many different products and services that set them apart from their competition.

Ahead of the 50th birthday in May 2019, Dunell's began a year long programme of renovation throughout the 2,500sqft showroom beginning in January 2018. This included the creation of two bespoke tasting rooms, new kitchen and bathroom facilities and new offices together with new air-conditioning, air-handling systems and all-new IT systems. The renovations were completed on 21st November ahead of the busy Christmas period.